1. How do we have usable meaning in a computer?

In traditional NLP, we regard words as discrete symbols: hotel, conference, motel - a localist representation -> Words can be represented by one-hot vectors!

4. Problems with words as discrete symbols

Problem: in web search, if user searches for “Seattle motel”, we would like to match documents containing “Seattle hotel”.

5. Representing words by their context

We will build a dense vector for each word, chosen so that it is similar to vectors of word that appear in similar contexts 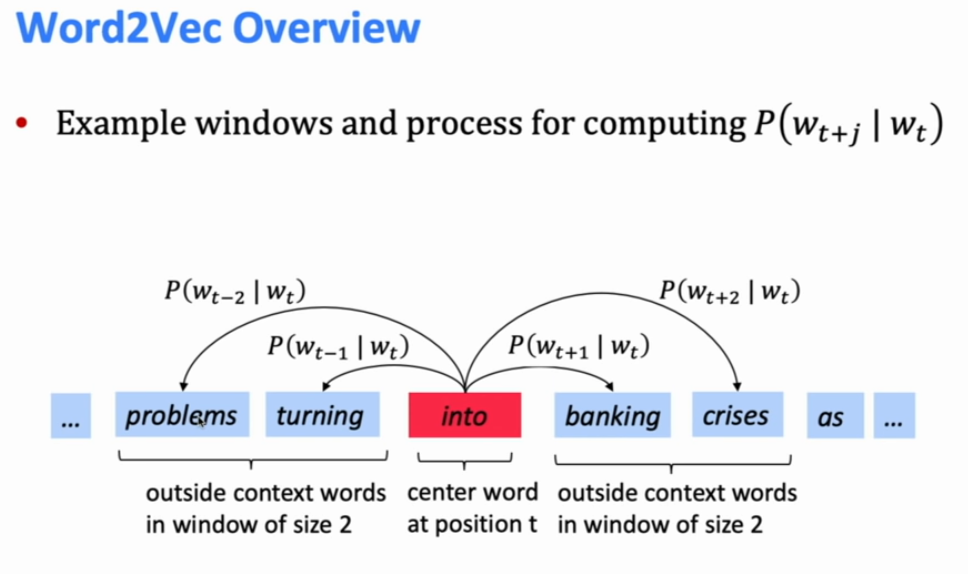 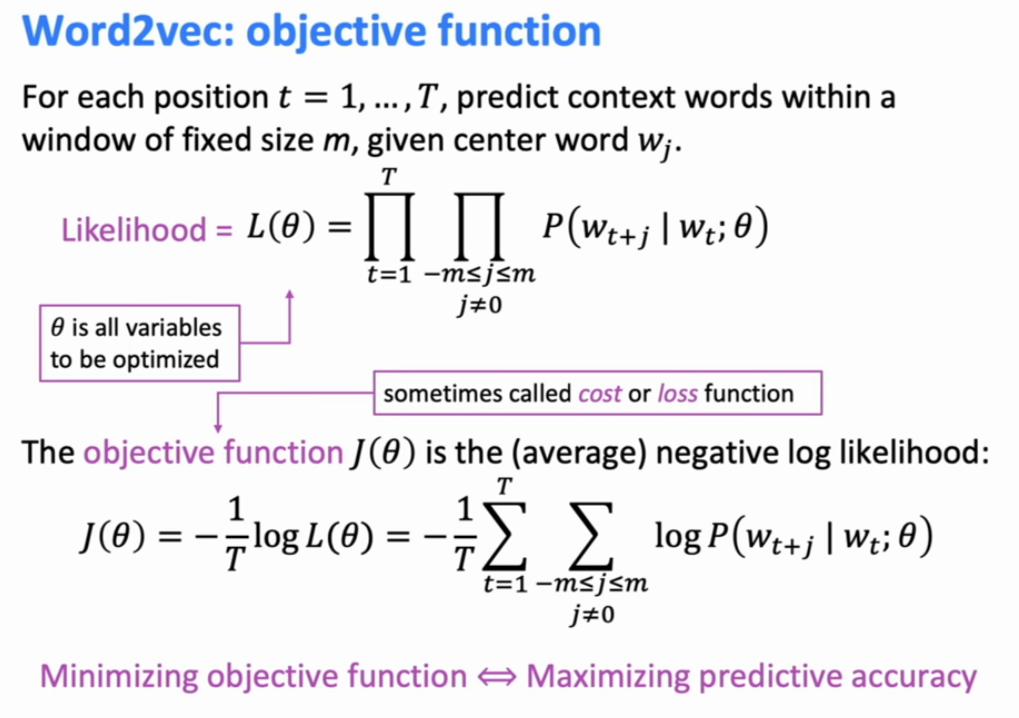 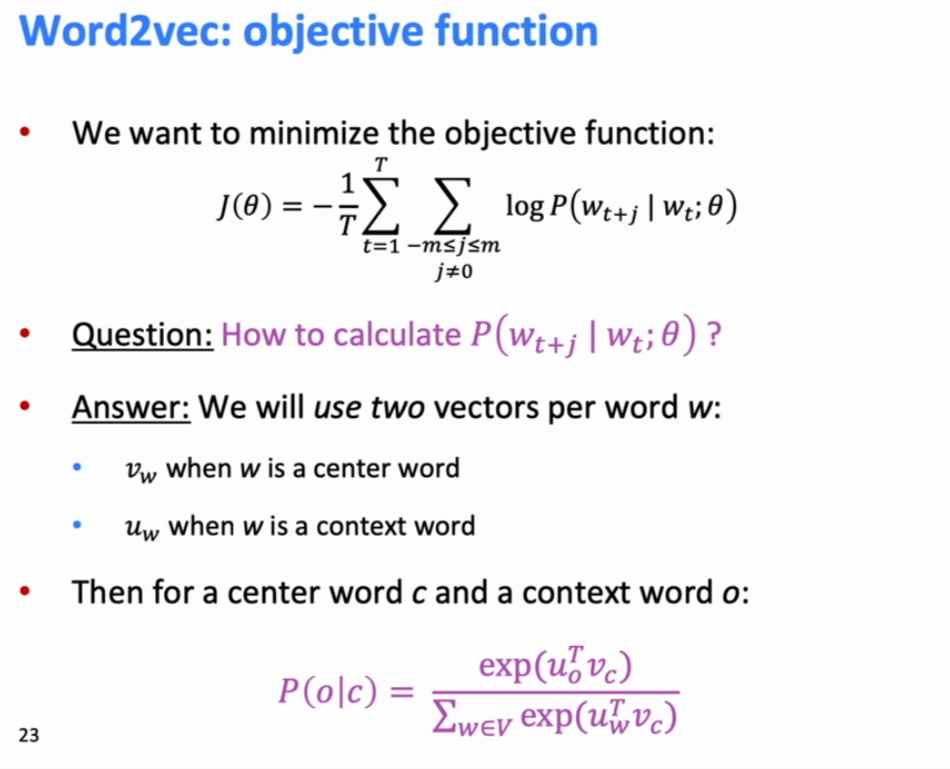 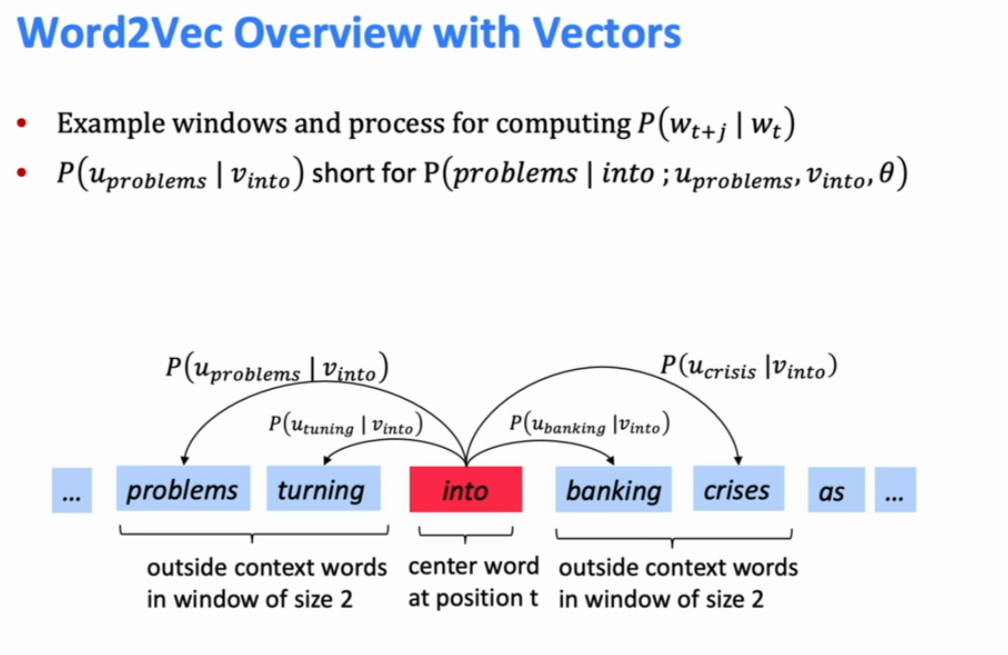 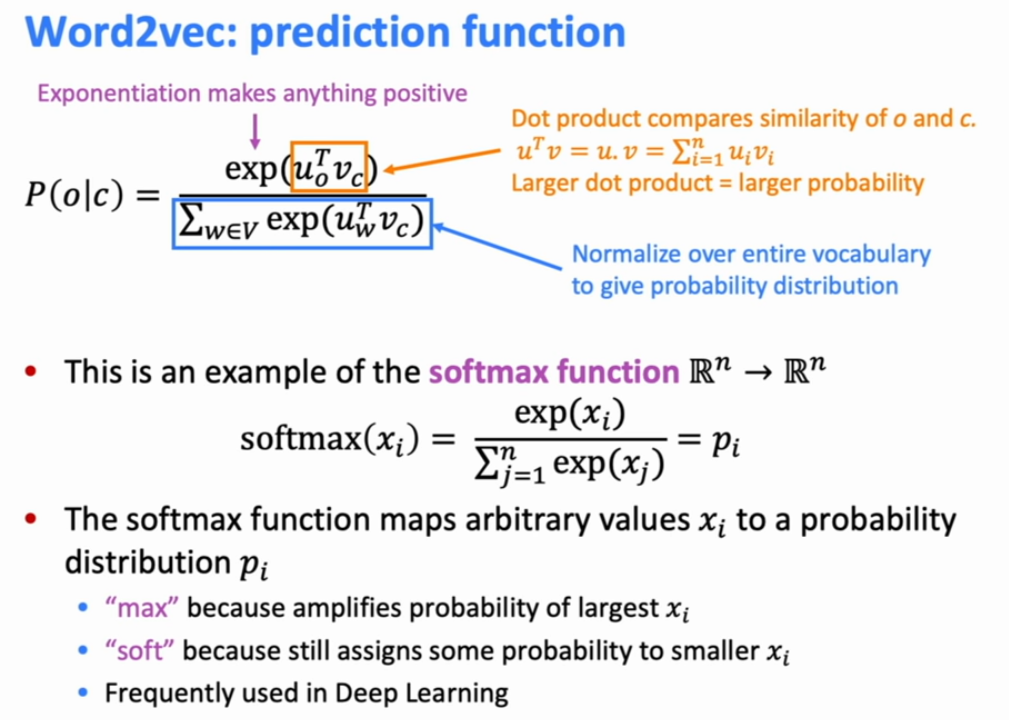 12. Training a model by optimizing parameters 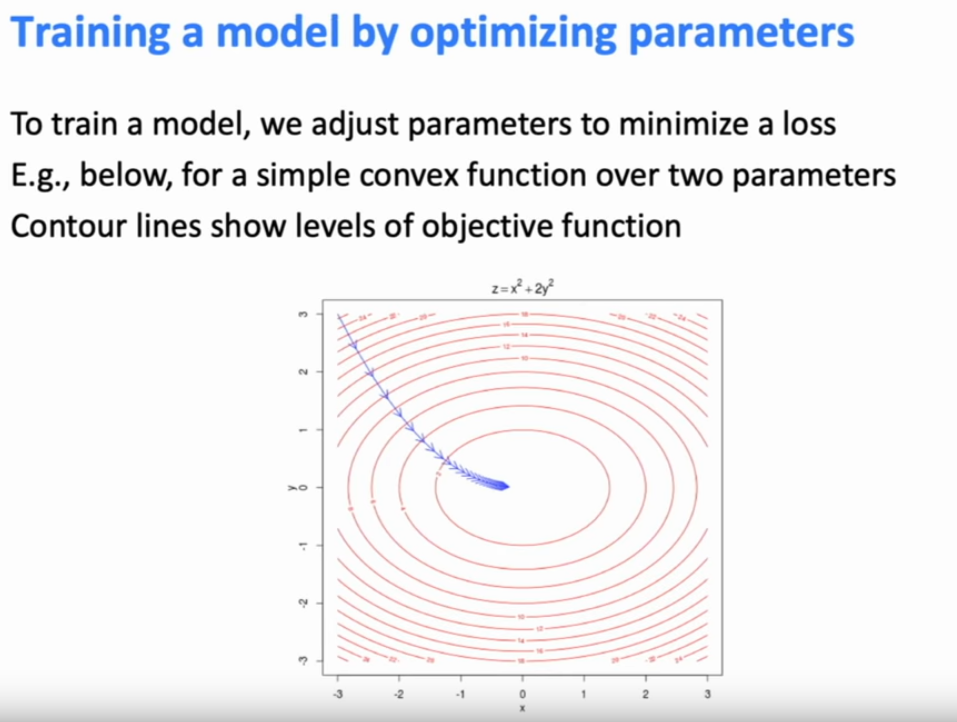 13. To Train the model: Compute all vector gradients! 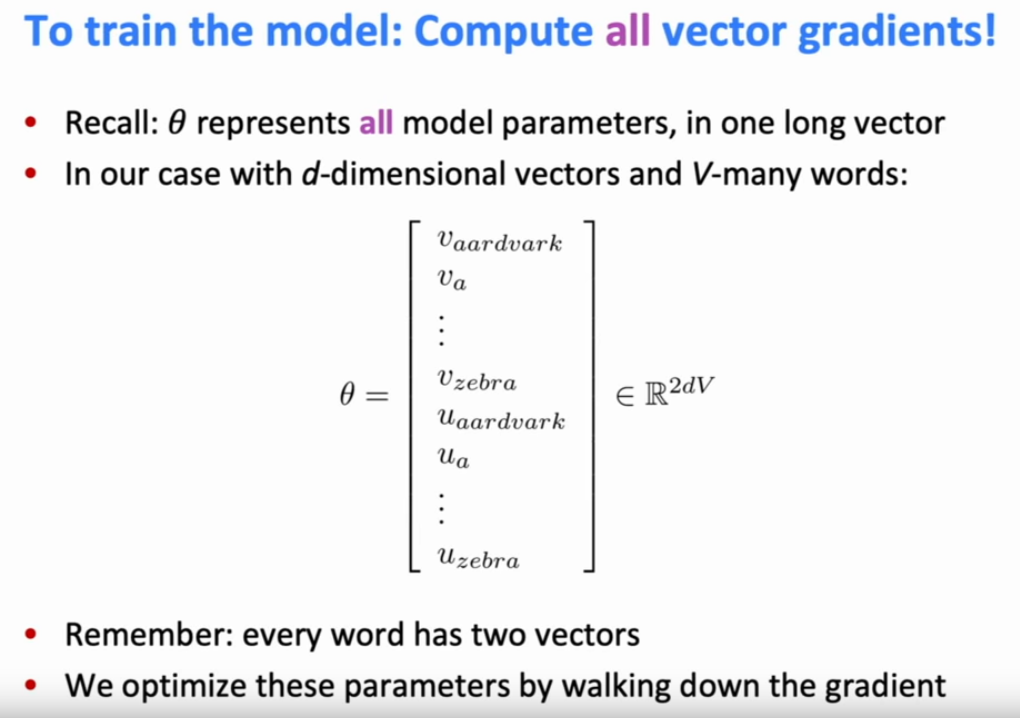